Nursing in public : A mom under fire, a village of support 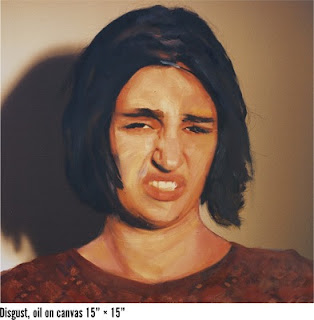 Nursing in public is a hotly debated topic, that elicits feelings from admiration to downright disgust. I used to think nursing in public was awkward and I used to shift my gaze away very quickly. Then, I had a kid. I didn't care anymore about it. It's something that just becomes natural and normal, the way it should be. I never grew up seeing anyone breastfeed really, so it was something foreign, something weird. "They're breasts!" I thought, "I feel odd looking or seeing another woman's breasts, especially being used that way". But, the thing is, when you have a kid, and you breastfeed (but not necessarily that you have to breastfeed to realize this), you experience for yourself, how breasts are actually supposed to be used and viewed. There's nothing more strong than a mother's feelings of having to feed her young, especially when this means breastfeeding. Once shy and timid women (like me) become these tenacious, fearless beings, caring less about scrutiny and criticism, and more about getting this kid fed.

Today, to my very pleasant surprise, I saw such love and outpouring of support to a nursing mother who was venting on Facebook about what I guess was an issue with her nursing in public. She said ;

Then, a flood of comments showing love and support followed 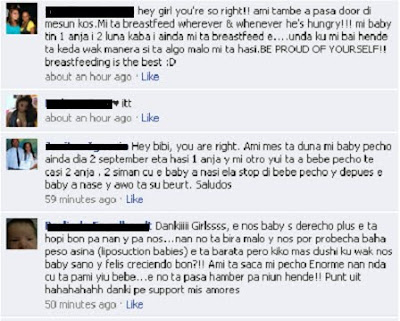 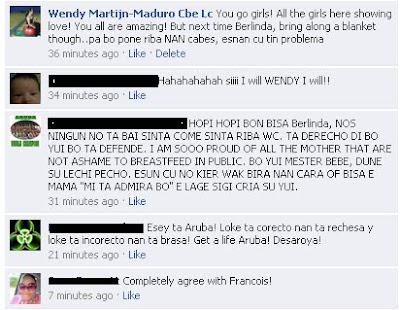 It was so refreshing to see a man too standing up and defending this mom. What was really cool was to see how many aruban breastfeeding mamas came to encourage her. My heart swelled with joy and pride thinking "Would you look at that! These are my mamas! my local mamas here speaking up!"

All I can say is, GIRLS! You nurse whenever, wherever and however you want. With a cover, without, in a restaurant, in a hall, standing on the street (I've seen that with my own eyes), anywhere! Just not in a restroom


For more reasons on why breastfeeding in public is beneficial to both other women, children and even men see "Why breastfeed in public"