What's the deal with a homebirth? 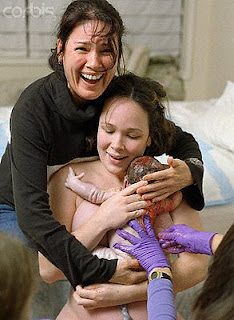 I've managed to have almost fanatically talked my co-worker into giving birth to her (not yet conceived) second child at home- in a birth tub. She's excited about it, she looked up information on it and is basically set and ready : mentally. When our boss walked in one day and heard her, he put on this look of utter dismay and horror. 'At home?!' He cried out. 'Are you nuts?!?!?!' Then I set out to talk myself blue in the face to even try to get him to listen. I know his type, the ignorant type who know of ONE homebirth gone wrong and doesn't care if there are an octillion studies saying that homebirth is safe.

Which prompted me to ask on my Facebook. What DO people think about homebirth...? I have a considerable amount of birth advocates on my facebook so I knew I would get facts out of their answers... however, I wanted to know what others think, what young people think about Homebirths. Here are some responses:


So, what can help a woman make her choice to have a homebirth? Where can she turn for reliable guidance? How will an expectant mother know that a homebirth is the choice for her? I went to Midwifery.com to get the facts - not the scare-you-into-a-hospital-birth nor the -sensationalized-birthing-experience. Just hard facts, straight up. Here's what I found of interest

Until recently, homebirth has been the natural mode of delivery since the beginning of humankind. It has only been in the last century that out-of-home birthing became the norm, a change engineered by ambitious men during a time when it was believed best to bring the natural world under control. What resulted in the birthing world was a surge into the hospital. It started with a fad, developed into a sign of prestige, then became pervasive when fear took over. With it came the inevitable spiral of cause and effect: the more intervention was introduced, the more it was needed, until birth was no longer recognizable as a natural process in human experience. Instead, it had been orchestrated into an assembly line procedure complete with time constraints, quotas, indifferent workers, procedures manuals, and loss of individual rights and autonomy.

The advent of obstetrics in this century had a tremendous effect on childbirth customs in the United States. The birthing process became segregated from mainstream family life. Many were led to believe that the only safe birth was a hospital birth. Though doctors and hospitals took credit for statistics that indicated that birth was more successful than in previous centuries, in reality better nutrition, hygiene and disease control improved outcomes. Hospitals have never been proven a safe place to have a baby.By the 1950s, most births in the US were taking place in hospitals. Cesareans, epidurals and heavy doses of pain medication became the norm. Women were denied feeling and experiencing birth through their bodies, and the drugs were having adverse effects on mothers and babies.In the 1960s and '70s, women began to question and challenge the way obstetricians were treating them—as though childbirth were a sickness. Women began to reclaim their power, and the homebirth movement was born. The 1990s became a time of maternity awareness. People were concerned with making all of pregnancy and birth a family experience. Today, a carefully monitored homebirth has been proven to be very safe and successful for women who have been helped to stay low-risk through nutrition and good prenatal care.

A woman feels in control of her birth process when she births at home. In the hospital, institutional standards are in control. It's hard to believe that most women would choose the latter. But fear of supposed consequences and fear of responsibility and one's own power seem to discourage a lot of today's expectant women.

Even though research has validated its efficacy, homebirth is still seen as unsafe. Cultural trends, an overzealous media, clever marketing, power mongering, rumors and fear perpetuate that view


One of the main concerns about homebirth voiced by many women is the lack of emergency care readily available if the need should arise. A good homebirth midwife, however, is well trained in avoiding and handling complications and performing neonatal resuscitation. She has the proper tools with which to control hemorrhage if the need arises. She is well versed in normal birth and is willing and ready to transport a woman to the hospital if it becomes necessary. Because she has come to know the woman on an intimate level, having done all the lengthy prenatals herself, she is well equipped to handle emotional issues that may arise during birth. Her intuition and instinct are consciously developed and their use is a priority in the kind of care she gives. She is comfortable with offering massage and hugs and cradling the woman in her arms. When a homebirth midwife follows these simple and practical standards and techniques, statistics on homebirth outcomes look very sweet indeed.

Obstetric Myths Versus Research Realities by Henci Goer presents statistics gathered worldwide that clearly demonstrate the safety of homebirth with a trained attendant. Yet even though research has validated its efficacy, homebirth is still seen as unsafe. Cultural trends, an overzealous media, clever marketing, power mongering, rumors and fear perpetuate that view.

A mother choosing a homebirth must, above all else, deeply desire to give birth at home. The most successful homebirthers are highly committed and trust their body's natural ability to birth. They devote time and energy to finding the right birth practitioner, doing their own research and taking care of themselves.Families that choose homebirth may be confronted by family members and friends who, conditioned by a society afraid of out-of-hospital births, challenge their decision, feeling it is both unwise and unsafe. Again, a strong inner commitment is required to stand up for the right to birth as the family chooses. Showing family members the evidence is sometimes helpful. 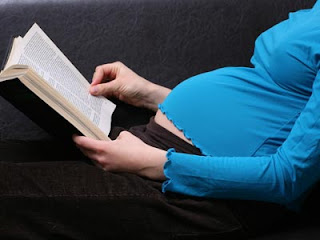 The first step in planning your homebirth is to find a provider that will suit your needs. This is important to do as early on in pregnancy as possible, as it will give you time should you not find anyone yet to support the idea. We are fortunate here in Aruba that atleast two of the four midwife practices here on Aruba, do homebirths. And atleast one does waterbirths as well. So finding a caregiver that will support your wishes are not an issue at all. It must be noted though that, if you are looking to have a HBAC ( home birth after cesarean) this will be a probable impossibility unless you are planning an unassisted home birth. When contemplating and searching for the "right" midwife for your homebirth you can ask questions such as :


These and other such questions will help you to asses whether you and your current midwife (because ob/gyn will never do homebirths) are on the same page.

Homebirth allows for full participation of family members. Under the guidance and assistance of the midwife, husbands or partners have an opportunity to "catch" their child as it is born. These moments can be very powerful and transformational in the lives of the new parents.
At homebirths, babies are usually placed on the mom's stomach or breast immediately, providing security, warmth and bonding between mom and baby. In the rare case in which the baby has difficulty breathing on its own, midwives are fully trained in infant CPR. Usually, putting the baby right to the breast and having mom talk to her baby will encourage it to take those first breaths.
Putting the baby immediately to the breast also helps reduce any bleeding the mom may have. The sucking action stimulates the uterus and causes it to contract. This closes off blood vessels and reduces bleeding.
After a hospital birth, things can get very busy, with bright lights and many people carrying out procedures on the baby. This can cause a baby to shut down or shy away from people.
At home, on the other hand, there is time to be quiet, calm and peaceful. Those first moments are sacred-baby's special bonding time with parents. A new baby wants only love and nurturing. This early bonding allows the baby to relax and feel secure.

What us Birth Advocates hear over and over again is about how "when you're in a hospital, if something goes wrong, your baby's life and your life can be saved". And while the fear of something going wrong and complications arising are very real, for a low-risk pregnancy the chances are very small. Think about it this way, Imagine you're in the hospital with your midwife and a true emergency arises in which you need a c/s. You won't get it right that minute. The hospital has to contact the surgeon, the anestesiologist and get everyone geared up and scrubbed in. By the time you're actually in the operating suite, it has been about the same time it would have taken you, your unborn child, and midwife to get to the hospital. In the instance of being in transport to the hospital after a failed homebirth, you're operating team is already in place ready to receive you and start working on you. Since Aruba itself is so small, it would not take the recommended 30 minutes from "decision to incision".

Want to see studies on the safety of homebirth? Go here or here
Of course there are a plethora of studies supporting planned homebirth, and I will post more next time.