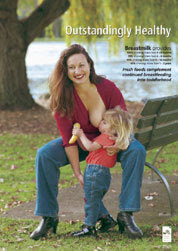 If most people find breastfeeding disgusting, and some think it's ok, and yet some find and older nursling to be repugnant, where does a breastfeeding mom stand when it comes to her decision to continue or wean her growing nursling? This blog won't discuss the nutritional benefits of Breast-milk past the age of two, because contrary to popular belief, breast-milk has no "expiration date" and has no age limit where nutrional benefits are concerned. Its properties continue the same and continually protects the breastfeeding child, regardless of their age or gender.

What will be discussed is the socially/culturally "accepted" age to wean a child. What does society say regarding nursing an older child? Even if there are no words spoken against breastfeeding a child past 1-2 years, what are the perceived mental attitudes telling us? Why would it be more acceptable for a child to bottle feed at an older age compared to children of that same age breastfeeding? How is it here in Aruba?

I asked this question on my Facebook and was inundated by responses of varied backgrounds. Women, younger and older, breastfeeding mothers and childless women. I was pleasantly suprised to read there responses

After reading all these responses it prompted me to recall and mention that in Bible times, for example,Sarah had breastfed Isaac until the age of 5. It's true that things were much different back then, wet nurses were as common as olive oil was and women simply nursed and got on with their lives. Breastfeeding wasn't this big thing as it is now. It was normal and accepted and  was not so exalted as it is now. Why? Because it was the norm, they didn't have to go to great lengths in praising breastfeeding because it was naturally and correctly assumed that human milk is the best nourishment for human babies. 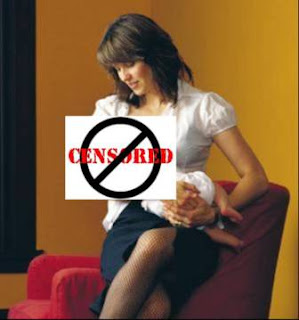 Following up on the topic at hand, even some women who have breastfed their children find that breastfeeding an older child is "too much". This is not because of some kind of lack in the lactational ability, but because of social and cultural perceptions of what is "ok" and what is "normal" or "excessive". We see that even women who approve of and have breastfed are touched by a tinge of shame, discomfort and avoidance when it comes to discussing, looking at and even thinking about a 3-4 year-old nursling. Even when nothing is said, body language and gestures speak volumes. People may cringe at the sight of a woman nursing an older child in public, and Aruba is not to be excluded.  One of my breastfeeding "sensei's" J, told me at a mother-to-mother support group that it got to a point that when she nursed her over 4 year-old son she had to sometimes sit and in effect "hide" in her room, in her own house because of the comments she got from then close relatives. This woman is a staunch breastfeeding advocate and supports it all the way, and to think she would ever feel that way with her nursling shows a lot of what outside influece can do/does.In the U.S., from what I read and hear of other mothers' experiences, it's not much different from Aruba. Unfortunately, not all states have laws that protect women and enable them to nurse in public, let alone nurse a toddler! In stark contrast however, places like Mongolia, Holland and Europe in general, it's something natural and a daily occurence. It's not uncommon at all to see women breastfeeding anywhere/anytime. People in general rather you hurry up and nurse the child already to stop it from crying! So, what advice is there for moms out there reading this? Let me share some words of wisdom from my other breastfeeding "sensei" M.She tells me and all the other moms out there, EARPLUGS. Set 'em and forget 'em! Put 'em in and continue until you and your child make the decision that the point has been reached and the breastfeeding relationship has met its goal and satisfactory fulfillment.
This is not the way the majority of the nursing relationships end, however, along with my other strong convictions, I know I will see a time when all is restored to its original intended purpose, and that includes the breasts and their practicality.

Just some food for thought...
Posted by Wendy Maduro at 9:52 AM