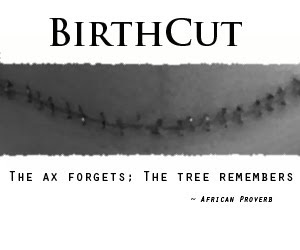 In the past few weeks, I've been doing some reading up on VBACs ( Vaginal birth after cesarean). I was spurred on to write a blog about Aruba's situation with VBACs, which I think is not much different than the U.S.'
A friend of mine told me her birth stories of all three children and her subsequent fight to obtain a VBAMC (Vaginal birth after multiple cesareans) during her third pregnancy.I thought naively to myself, why she would have to go through so much trouble for something so natural. Then... I started making some calls to midwives and gynecologists.. and I found out why..

As it turns out, Aruba's health care providers for pregnant women are against a vaginal birth after many cesareans. One told me quite frankly "It's just not a possibility". I thought, 'oh ok', then I went to look it up. What I found was nothing short of interesting. I was shown tons of studies and links to websites that support VBACs and VBAMCs.I had a mission then as I set out to see how far a mother must go to obtain her precious VBAC......


This blog will take some weeks to complete as I have to sit with as many midwives and OBs to interview them and ask their thoughts and their policies. Stay pending!
Posted by Wendy Maduro at 12:56 PM