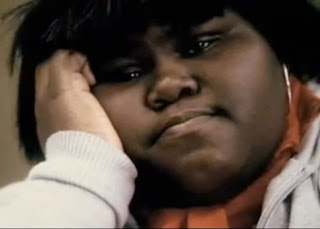 Some weeks ago my husband and I went to see the movie Precious. I'm not going to even attempt to explain the movie. We got in the car, drove home, and went straight to sleep (not that I actually slept that night). All I displayed on my face was a blank stare. Throughout the whole movie, all I had was a blank stare on my face coupled with streams of tears down my cheek. That movie was emotionally and mentally exhausting and traumatizing. The only positive thing I saw in it, was when Precious had given birth to her second child, a son, (both children conceived by her father) a bottle was nowhere in sight. Precious held her son close, pulled down her hospital gown, and took her breast and fed her son. You could see everything. Nothing was hidden or covered. I thought to myself... 'incredible.. this is inspirational'. A young, single, black mother, with some of the dimmest prospects in life, didn't once hesitate to feed her son by means of her breast. Of course, toward the end of the movie, Precious' mother informs her of her father's death due to AIDS and Precious goes and gets herself tested. She turns out to be positive for HIV... That was shattering... she then tells her teacher "I'm gonna stop breastfeeding Abdul..." Once I regained my composure a few days after the movie, that statement got me thinking.

I recently read an article at Mothering.com entitled HIV and Breastfeeding - The fear. The misconceptions. The facts and I thought to myself... should Precious really stop breastfeeding Abdul? How many people who watched that movie now think and know that when you have HIV you formula feed automatically.... Food for thought.

What definitely caught my attention was what I found while trying to find those pictures of Precious breastfeeding. I found a website that offers parents reviews of films so that they can determine what is or isn't suitable for their children to watch. I completely agree with that thought. Movies nowadays are ladden with violence, anger, discrimination, immorality and so on and so on.

What I found disgusting and appalling on the website though,was the mention of breastfeeding. Not solely the mention, but with what it was grouped together. Take a look. Italics my own.

Mature sexual themes pervade this movie about a teen girl who has been raped numerous times by her father (one scene briefly shows this act without explicit nudity). There is also a vague inference that her mother is sexually abusing her as well. Masturbation is implied in a scene where a woman is shown in bed under the covers. Depictions of domestic violence and physical abuse are abundant. A mother frequently hits her daughter, sometimes with objects like frying pans. She also attempts to drop a television on her and her baby after they have fallen down a flight of stairs. In other scenes, characters are pushed or violently threatened in argumentative situations. Language includes countless sexual expletives, scatological terms and other moderate and mild profanities. Tobacco use is portrayed. A mother is shown breastfeeding.


Wait a minute, excuse me?!

First of all, it is absolutely repugnant, offensive and idiotic to "inform" the viewers-to-be that breastfeeding will be depicted in its absolute natural form, along with tobacco use, moderate profanity, and child abuse. This is an absurd and repulsive insinuation, that breastfeeding is considered as obscene, dirty, and inappropriate for children (or anyone for that matter) as the scenes of sexual assault. I am aware that if this movie, Precious, were a bit more demure and contained less profanity and the like, then perhaps they would not have included scenes portraying breastfeeding in all its glory, which is sad when you think about it. Oh yeah.. it's a disease remember, Nipplephobia, coined by Ina May Gaskin in her new (and superb) book Ina May's Guide to breastfeeding. 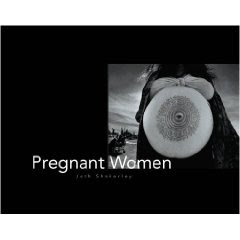