Single Mothers, you CAN succeed!

I've been wallowing in self-pity for a while since my (ahem, divorce) entering single motherhood for the second time around. Despite having other amazing things going on in my life right now like the honor of being elected President of Fundacion Pro Lechi Mama Aruba and my business' new line of baby carriers ~ Bella Sophia (meaning beautiful Sophia, my daughter's second name) I've been feeling down in the dumps where my personal life is concerned. While it is rare that I go into detail about my romantic relationships on my blog unless it will empower other mothers, I decided to write about what makes me feel so crappy and how I could make myself feel better and potentially help other single moms too.

Things I fear about Single Motherhood 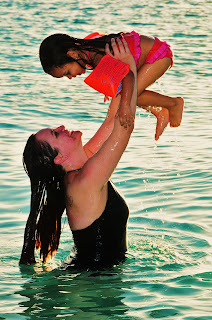