Mothers who blame others just to perpetuate their guilt

A mother has had two cesareans and is pregnant with her third child. She vows to change her whole life style and make choices that will lead to a healthy pregnancy and subsequently a healthy vaginal birth this time around. For medical reasons beyond her control, she must have yet a third c-section. Her daughter is born healthy but she is rightfully downhearted and crushed and goes on to deal with the aftermath of yet another surgical birth. She understands that the reasons for the cesarean this time around were warranted, and that she had done everything possible to lead up to the birth she had desired - a vaginal birth. She still cannot come to terms and starts to victimize herself unnecessarily. If she reads about women having homebirth stories, she gets upset at them, and feels worthless. If a friend has a successful unmedicated hospital birth, she digs her hole of guilt deeper and feels anger at her friend.

Another mother is overjoyed at the birth of her second child. The breastfeeding did not work out the first time around, and she desperately tries the second time around. To her dismay, and for reasons beyond her control, it fails to work out again for her and she must supplement. She feels worthless. She feels alone, like a failure of a mother. Her guilt is compounded by the exceptionally high standards she has set for herself as a mother - breastfeed or bust. My milk or no milk. She doesn't seek donor milk and turns to formula. Each bottle she prepares makes her grit her teeth. Every successful breastfeeding story she hears or reads, she is filled with anger. If she sees, hears or reads about other mothers having enough to donate, she feels even lower to the ground. She simply cannot come to terms with not meeting the goal she set before her, and she blames herself, but she starts blaming every breastfeeding mother who did go on to breastfeed successfully for making her feel worse.

These two women have a few things in common: :


There are generally three types of mothers :
The latter type don't just exist in the mother-form, they come in all shapes, ages, sizes and races of people. These are called downers. They failed at something, can't come to terms with it, and so can't move past it, and want to keep you feeling sorry for them, while they wish you the same fate.
I can't deal with women like this.
I am not insensitive to your feelings, but the fact is that your guilt has an ulterior motive. Your guilt has facets and different shades to it. This part, I don't like. If I can produce enough milk to feed a continent, but you cannot, don't blame me for it. Don't tell me that I made your self-esteem plummet. You should be happy, why? Because my ability can mean more human milk, for more human babies other than my own. As for the woman who scorns any vaginal birthing mother. If I gave birth to 8 children, all at home, without a hitch, it is what it is. I never said, or even implied you were less of a mother because you've birthed all your children surgically. I feel for you, I understand you, but it doesn't give you the right to think ill of me, or dislike me because I met a goal that you set for yourself. This is beyond my control, and it is beyond yours as well. 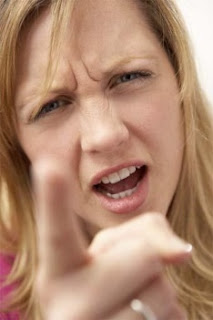 The blame game brings nothing but bad fame
When things go awry, and not exactly how they want it to go, some have a tendency to blame. They can't deal with the outcome, no matter who's fault and just needs a scapegoat. Maybe it was even their own fault, but can't bear the cost of guilt and want to place culpability on someone besides themselves. These same people tend to have a domineering personality. They need to be in constant control of their surroundings, and can't take things as they come. This type of mentality only sets you up for utter frustration, stress and a stroke. When it comes to parenting, especially the field of birth and breastfeeding, there isn't a sure guarantee. No one woman can perfectly dictate her moves and expect 100% success. Life simply isn't that way, and parenting sure as hell is the farthest things away from that. That being said, developing a more relaxed and balanced sense of self can be of great benefit. Try it one day, you just might like it
Mothers who blame just to get sympathy
This type of mother really pisses me off. Let's take the breastfeeding one as an example. She simply could not breastfeed. She did everything under the sun, according to any good advice she got, from LCs, breastfeeding mothers, everyone. She studied, took classes, read books, blogs and everything in between but for reasons beyond her control she did not succeed. Because she ended up supplementing, she feels guilty every time she hears about others having enough milk to feed Maria, Josefina and Conchita's babies. What does this mother do? She starts whining, and complaining how hearing about other women succeeding makes her feel inferior. "Awhhh, poor you, I feel sorry for you. Shame on that ungrateful mother who makes 40 ounces of milk each feeding, shame on that walking talking cow. And here you are, not enough for one. You're right, that other mother is ungrateful, I don't like her either. You know I heard one day that she.." And then blamegame mama got you. She got you to feel just the way she does. It's a vicious cycle.
This has got to stop
Because of the ease of the internet, and the sheer ubiquitous accessibility, anyone and everyone can have a space on the net to say what they want, whether this may hurt others or not. They take it one step farther. Instead of confining their rants and narrow mindedness to their own space, they hunt for other people's space to unleash everything they've kept pent up inside them. They have zero disregard for the feelings of others and they're ready to demonstrate that.
Now hold up, can you stop this now? We know you are mad, mad at your circumstances, mad at the lot that was dealt to you, but can you go back? This isn't Staples, there's no easy button here. So please, do me a favor, do yourself a favor and just deal.with.it. If this means seeking help beyond your circle of listening ears, then, by all means, do it. Don't do it for me, don't do it for your kid or your husband, do it for yourself. Why? Because life is full of unfulfilled expectations and disappointments, and if you let every single event get to you, especially the big ones, the next unmet goal just might kill you. Take it from me, there are enough diseases out there that can kill you without you bringing it upon your organism, why make stress be the one to get you?
Posted by Wendy Maduro at 10:09 PM