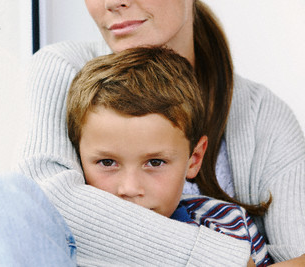 While dropping my daughter off at pre-school the other day, one of the little boys in her class had his underwear on the wrong way. This caused him to expose his genitals and when I unexpectedly caught a glimpse, it struck a cord inside me, one I had never felt before. The little boy's penis was circumcised. A flood of thoughts inundated me as I felt cut deep inside me, just as this little boy had been cut as a baby. This is the day I became an Intactivist.


As the mother of just one, a daughter, circumcision is not a topic that steadily occupies your mind. You read about it, you are dismayed at the act, you research it in case you must defend intactivism, but perhaps you don't champion it as passionately if you'd had a son. This was true in my case. I knew that if I have sons in the future, none of them would ever be touched by a blade to their foreskin. However, I guess I never felt personally inclined about little boys' penises until that day at pre-school.

I couldn't get it out of my mind. Every little boy that I had ever taken care of, or seen, had a normal looking penis. So when I caught a glimpse of this altered one, I was taken back. I felt hurt when  I imagined how he must have screamed for help during this elective cosmetic surgery. I grew angrier at it, resolving in my heart that if I have a son, or many sons, I would never let anyone mutilate his penis. I resolved to speak out against MGM more often and to educate myself more. Let us all, mothers of girls and boys alike, be determined to advocate and educate so that parents of baby boys wake up and realize and avoid having to apologize...later on