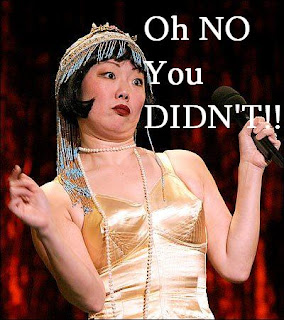 Fundacion Pro Lechi Mama Aruba is organizing Aruba's second annual Quintessence Global breastfeeding challenge to be held October 2nd . The Challenge focuses primarily on normalizing breastfeeding by, for lack of a better word, exposing more and more people to this simple and natural act. What goes on is simple. Breastfeeding mothers gather to one pre-arranged place, and at the stipulated time, latch their babies on and raise their hands to be counted in. It's a time of fun, learning, and family. Last year we boasted 24 mothers and 26 babies in attendance, quite a feat for an anti-breastfeeding culture witnessing this event for the first time. People giggled (and so did we a few times) when they heard us announce a breastfeeding challenge. Many times, with smiles on our faces we had to explain that it wasn't an obstacle course that moms had to complete while simultaneously breastfeeding their young. It was pretty cute.

In all the rush of finalizing details and preparations for the event at the end of the month, we had to request a permit to use a public park for the event in question. Our VP of the organization took all the papers to the police station and had an "OH NO you DIDN'T"  moment while there.


As she handed in the papers, the policeman in question looked over the details (I'm guessing he just glossed over it instead of really reading it) and specifically asked our VP that all mothers bring along a blanket or cover so that no breasts would be exposed.


She responded by informing them that the point of the challenge is to encourage breastfeeding at home and in PUBLIC. By the time she was done reprimanding him, he had a change of heart and quickly apologized.


This incident not only irked me, but also made me put things in retrospect. Aruba is (somewhat) known for topless sunbathing at many beaches. Not that it's a topless beach per se, but that it's widely accepted (especially by gawking men) and tolerated. Recalling this spurred me on to search whether Aruba has any specific laws on toplessness. I found the following statement from Francis Jacobs, the PR Coordinator of the Aruba Tourism Authority with reference to topless sunbathing :


"Topless in Aruba is not illegal, there is no law against it"

Although, I couldn't find judicial papers speaking specifically about breastfeeding mothers and their rights, I think this will suffice for now.

But, going back to the point, would that same policeman, when driving his car along eagle beach, have stopped his car, gotten out and told every or any topless woman to cover her breasts? I doubt it. So why did he feel the need to tell us that we make sure the moms use a blanket? Did I also mention that we live in the TROPICS and that it's 98 degrees IN THE SHADE.


Coincidentally, I gave a breastfeeding & babywearing class at Prana this past wednesday and we spoke about this very issue. It's a topic that I feel should be addressed in each class, even if only for a few minutes. I ask open end and reflective questions to provoke my clients to think and really reflect on the views they currently hold about breastfeeding in public. I told them that by nursing in public they are breaking down barriers and are doing away with taboos and will make a difference.

But really, why is it ok to sun bathe topless on a beach around kids and other men, but not feed a baby with those same breasts? Breasts are not primary sex organs but secondary ones. This means that breasts are not responsible for the act of procreation. What does this tell us? First of all, although breasts are rightly viewed as beautiful and as a source of satisfaction between a married couple, their primary purpose is lactation. It's unavoidable. A sudden drop in estrogen caused by the birth of the placenta triggers an ingenious hormonal response which results in lactation. So why do people insist on classifying breasts as a primary sex organ and view it solely as such? Why do most western people reject the notion of a lactating breast? It all boils down to the fact that we're around bottles too much. We don't see the breasts in their original function and thus grow up with this distorted image of the breast, much like a boy growing up watching his mother bring verbally abused by his father and thinking that this is the way women are to be treated.

Let's stop this non-sense people, and put our hang-ups aside. Breasts are for making milk, primarily. Let's keep it this way